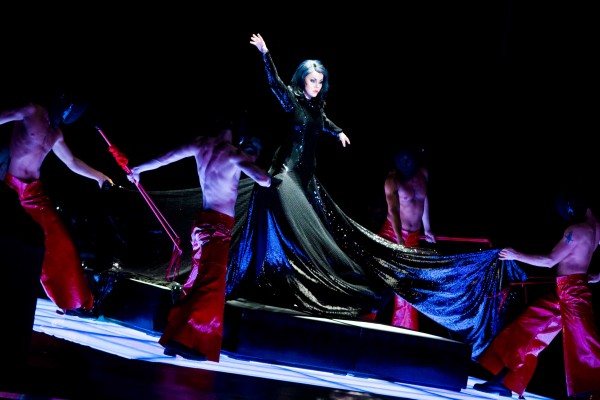 "Overall, a whopping 668 lighting fixtures were deployed across the production.
It was not so much the amount of lighting used but what the Intense lighting designer Marc Heinz and operator Michael Seeverens did with the equipment, it looked sensational."

The Met’s new production is a double bill of Tchaikovsky’s Iolanta paired with Bartok’s Bluebeard’s Castle. In Iolanta Marc Heinz’s lights were fantastic and created a variety of different tones on the basic unit set. Lights in Bluebeard’s Castle, once again by Marc Heinz, were superb as were the numerous projections.

“The Polish Pavilion has the added bonus of being equally mesmerizing by day and by night, and also from the interior and exterior. Visually striking during the day, at night, multi-colored lights seep through the extensively punctured facade with dramatic effect.”

The space of Fort Europe is empty, really empty, beautiful 'painted' with light by Wilfred Loopstra

Lighting – in one word, the best. In a show about darkness and light, of course this aspect is a make or break. Well, Marc Heinz made it. A++