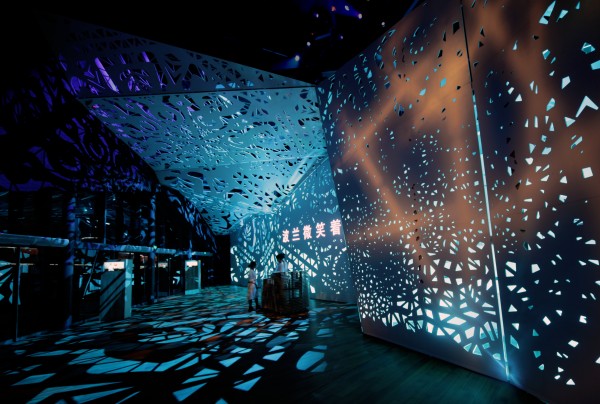 We are experienced, creative, flexible and independent award-winning international operating light designers. Our work encompasses the worlds of music, dance, events, theatre, television, museums and architecture. Our roster of clients is diverse, to say the least and includes both national and international artists and organisations. We are also trusted and credited for our experience in delivering lighting solutions for exhibitions. We believe that our experience in all of these different worlds and genres gives us an unique angle in which we approach a lightdesign.

Our studio is based in Amsterdam, The Netherlands. As independent consultants we work in close collaboration with our clients, exhibition architects, designers and engineers to strengthen the design vision and to enhance the experience and the quality of light. 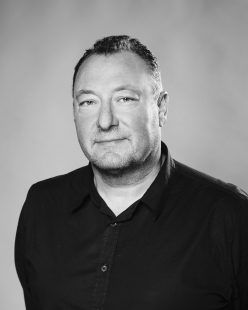 In 2010 an extensive lighting design by Marc Heinz was executed for the Polish pavilion in China. The pavilion was awarded with a silver medal for ‘the most creative presentation’ on the 2010 Shanghai World Expo.

In 2015 Marc made his debut in The Metropolitan Opera in New York.

In 2016 Marc designed the lights for the opening production of the 2016/2017 season in The Metropolitan Opera New York with Wagners ‘Tristan und Isolde’.

In 2013 and 2016 he designed the arena shows for the world tours of DJ Armin van Buuren, ‘Armin Only Intense’ and ‘Armin Only Embrace’. In May 2017 ‘The best of Armin Only’ was performed twice in the Amsterdam Arena for a 90.000 audience from 97 different countries

His lighting design for ‘Shrek, the musical’ won the 2013 Musical Award for ‘The best creative achievement for a large scale production’. In 2017 and 2018 Marc was nominated again for a Musical award for ‘Best scenography’. In 2020 he was awarded with the ‘Global Excellent Award for Best Lighting Design ‘and nominated for the ‘A’Design Award’.

In 2013 he also designed the lighting for the exhibitions ‘The story of the totem pole’ and ‘Desire for Mekka’. The first exhibition won the ‘International Design Excellence Award 2013′ and the second a ‘Merit Award 2013’.

In 2016 the exhibition ‘ZieZo Marokko’, which he made the lighting design for, won a silver International Design & Communication Award for the ‘Best Scenography for a Temporary Exhibition’.

He also worked on tv-productions, museum exhibitions, special events and musicals, such as “Mamma Mia!”, Shrek”, “Hairspray”, “Cinderella”, “Singing in the rain”, “The Sound of Music”, “Fame”, “Anatevka”, “Oliver!”, “Blood Brothers”, “Grease”, “Legally Blonde”, “Footloose”, “Flashdance, “Putting it together”, “Sweeney Todd”, Rembrandt the Musical”, The Pilots and “Into the Woods”.

Marc Heinz is a member of United Scenic Artists USA and a professional member of The association of lighting designers, U.K. 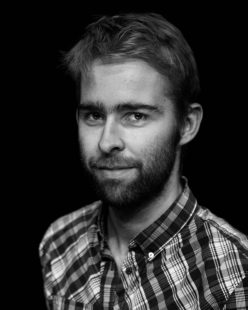 Wilfred Loopstra studied Design and Technology at the University of Theatrical Arts in Amsterdam. For his graduation he went abroad in Japan and Brazil to make the light design for ‘Suddenly everywhere is Black with people’ from choreographer Marcelo Evelin which played in many countries.

After graduation in 2013 he started as an associate light designer for Marc Heinz. Together with Heinz he worked on several theatre plays, musicals, tv-productions and exhibitions.

For exhibition designers KossmannDeJong he worked as an associate designer for ‘Story of the Totempole’, ‘Desire for Mekka’, ‘Geisha’, ‘Jimmy Nelson’, ‘Ziezo Marokko’, ‘The Buddha’, ‘Offshore Experience’, ‘World full of Feathers’

In 2013 both exhibitions ‘The Story of the Totem Pole’ and ‘Desire for Mekka’ won respectively the ‘International Design Excellence Award 2013ʹ and the ‘Merit Award.

2013’. The exhibition, ‘Ziezo Marokko’ (2016) won a silver International Design & Communication Award for the ‘Best Scenography for a Temporary Exhibition’. They worked together on several musicals such as: ‘Mamma Mia!, Sweeney Todd and Shrek ’

In 2016 Heinz and Loopstra worked together on the light design of ‘Tristan and Isolde’ which premiered at the Metropolitan in New York. Loopstra has worked as a freelance lightdesigner in theater for ‘National Theatre’, ‘Toneelmakerij’, ‘Firma MES’, ‘Bunker Theaterzaken’ and ‘Hekwerk Theaterproducties’. He worked with directors Mariusz Treliński, Jos Thie, Michiel de Regt, Antoine Uitdehaag en Sanne Nouws. 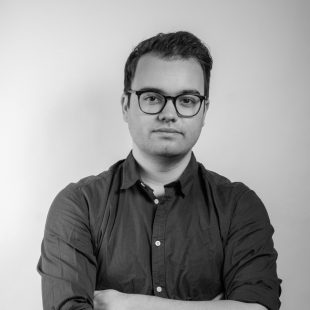 Jordy Veenstra studied Design and Technology at the University of Theatrical Arts in Amsterdam. Here he did a specialization in light design.

In 2019, Jordy started with his internship at HeinzLoopstra. During this period, he worked togheter with Marc and Wilfred on several projects such as Humania in NEMO Science Museum, Heritage Quarter in Heineken Experience and the exhibition Micropia at DSM.

Jordy also worked with Marc on numerous theatrical productions such as Annie The Musical (The Netherlands), Madama Butterfly (Tokyo), Halka (Vienna), The Battered Bride (Dutch Touring Opera), The Sound of Music (AFAS Cicrustheater, Scheveningen) and the dinnershow Madame Jeanette in studio 21 in Hilversum. Besides, Jordy was the assistant lighting designer for Marc Heinz on the musical production of Aida in Warsaw. He was also involved in our team for exhibitions such as Life and Death in Naturalis, Gender and Oceanie in The Ethonology Museum.

Next to his technical and creative knowledge of light, Jordy is also talented in organisition, 3D drawings and working with people.